Don't get bitten by a loan shark this Christmas 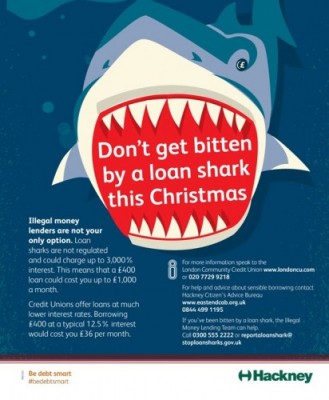 As the Christmas shopping season gets underway Hackney Council is asking people to think again before borrowing money.

Residents are being encouraged to be 'debt smart’ this Christmas to avoid debt spiralling out of control, such as comparing deals before committing to borrow, reading the small print and asking any lender to explain the total cost of paying back the money borrowed, including any hidden charges.

Those looking to secure loans this Christmas should also be aware of loan sharking, which is an illegal activity that often makes victims lives a misery. Borrowers are trapped into spiralling debt by loan sharks who often resort to the most extreme methods such as violence, threats or intimidation to pressure them into paying loans back. With a lack of paperwork, victims are kept in the dark about how much is owed and will charge exorbitant interest rates – in some cases in excess of 130,000 per cent APR .

Residents can speak to London Community Credit Union as they offer savings and loans. They often agree to smaller loans than most high-street banks and are a much cheaper alternative to pay day loans.

A credit union can also help with even the basics of financial planning and will also help people who are unable to open an account with the main highstreets banks. 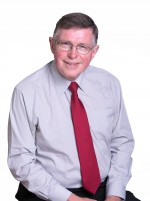 During the run-up to Christmas, some people will be very aware of not having enough money to celebrate the season and they may think of paying for the Christmas extras with borrowed money. Before they do that it's important that they fully understand the true cost of borrowing and think hard about all the other options before getting into debt. If in the end residents do decide to borrow money, I would encourage them to use London Community Credit Union, which offers great saving and lending opportunities, instead of turning to loan sharks or payday lenders.

Anyone experiencing any financial problems can talk to Hackney Citizen’s Advice Bureau on 0844 499 1195 Monday, Tuesday and Wednesday from 1.00pm to 3.00pm.

Residents can use The Money Advice Service’s online budget planner atwww.moneyadvicservice.org.uk to help plan their finances,

Anyone that has been bitten by a loan shark can contact the Illegal Money Lending Team on 0300 555 2222.

Contact the London Community Credit Union on 0207 729 9218 orinfo@londoncu.co.uk for information about setting up an account or borrowing money.

Don't get bitten by a loan shark this Christmas