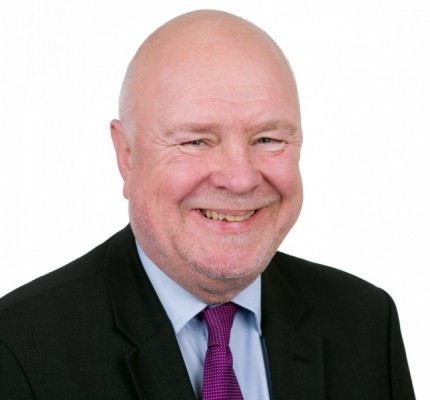 Cllr Robert Chapman, Cabinet Member for Finance, is calling on the Government to maintain the crucial extra £20 a week for people on Universal Credit

“At the end of September Central Government plans to end the critical extra money it provides to Universal Credit claimants to help them survive the impact of the Covid-19 pandemic.

“In Hackney, 36% of residents, and almost half of all children, currently live in poverty after housing costs have been taken into account: the third highest rate in London. Since March last year the number of Hackney residents claiming Universal Credit has risen from 13,700 to 35,000 - 40% of whom are in work - as the economy suffered the fallout of lockdowns, such as job losses and reduced wages.

“The Government’s £20 weekly injection was introduced to provide these struggling households with better income protection as the economy underwent unprecedented change, and it is difficult to see what has changed about this situation.

“Universal Credit already offers very low income protection compared to other systems of support and is at the lowest real-terms level since the early 1990s. The human cost of this is all too real, with over 3,000 Hackney households, many with children, now living in temporary accommodation.

“Survey findings have shown that households on Universal Credit are already in financial difficulty. For example, the Resolution Foundation reported in February 2021 that 1 in 5 families on Universal Credit were behind on essential bills. The Council has also seen significant demand for food support from residents throughout the pandemic.

“The removal of this £20 increase will have a devastating impact on Hackney residents - and indeed everyone who needs this benefit to live - leaving the average claimant with just £75 a week to pay for food, essential items, travel and utilities, rather than £95.

“As we head into autumn and winter, the reduction to Universal Credit will be felt by people who may find it difficult to afford essentials, such as winter clothing and hot meals, as well as those struggling to keep their homes warm - including the estimated 17% of Hackney households identified as fuel poor - during the colder months.

“The Council is taking what action it can locally, including a range of measures to address poverty in the borough, such as direct payment to working age Council Tax Support claimants to help protect them from the Council Tax rises that are necessary to maintain local services.

“However, it is clear that to deliver long-term change, we need to retain the higher rate of Universal Credit, together with a Local Housing Allowance increase and removal of the benefit cap. Far wider changes are also needed, including abolishing the two child limit, scrapping the bedroom tax and restoring child benefit as a universal benefit for all. All of this, alongside ending the dehumanising no recourse to public funds condition, and ensuring access to benefits is based on need alone.

“As well as causing misery for thousands of families, welfare cuts have also failed in the Government’s goal of reducing welfare spend. Instead, the costs have been passed on to local authorities, through temporary accommodation costs, or the wider support families pushed to breaking point need.

“Earlier this year the Council wrote to the chancellor to add its voice to calls for the Universal Credit £20 uplift to be maintained. Today, we reiterate that plea.

“The system is broken but maintaining the £20 Universal Credit increase is something that can be done immediately to alleviate some of the pressures on the borough’s - and country's - most vulnerable households.”