A Council tenant has been forced to pay thousands of pounds after illegally subletting his Council property.

Jeremy Matuba pleaded guilty in August to three criminal offences under the Fraud Act 2006 related to subletting his home and providing false information on two right to buy applications.

A Council investigation identified evidence that he had sublet his Council home to multiple sub-tenants while he was actually living elsewhere. Mr Matuba received a two year suspended prison sentence, 250 hours community service and a three month curfew.

The criminal prosecution followed separate legal proceedings in the civil court to end the tenancy which resulted in an award of outright possession to the Council.

A conviction for certain criminal offences enables the Council to take further action under the Proceeds of Crime Act (POCA), allowing for the confiscation of criminal assets, regardless of whether they are directly linked to the original conviction.

Proceedings concluded at Snaresbrook Crown Court on 19 September resulting in a confiscation order against Mr Matuba for £147,998.97.

Anybody who wishes to report social housing misuse is urged to contact the Tenancy Fraud Team on 020 8356 2508 or by email to housing.fraud@hackney.gov.uk or by contacting their social landlord. 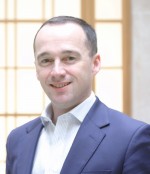 Hackney is determined to ensure that our social housing is used for those genuinely in need of housing assistance.

We will continue to use all available powers to take a firm stance against those involved in the subletting of social housing, which not only deprives families of permanent accommodation but also places a significant financial burden on the council at a time when we are already working hard to deliver services that are valued by our residents, despite reduced budgets.