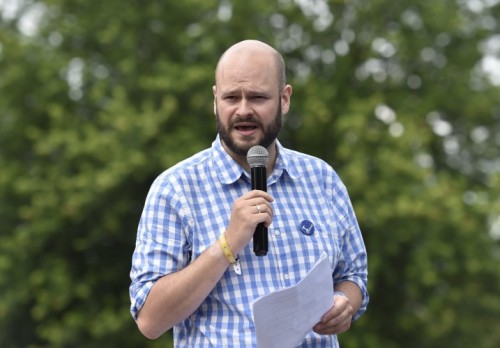 Hackney Council has called on the Government to protect and invest in local government services and rethink the proposed reform of how councils are funded.

In two letters sent earlier this month, one to Chancellor Sajid Javid and one Communities Secretary Robert Jenrick, Mayor Philip Glanville urged them to suspend the controversial Fair Funding Review, support and increase funding for vulnerable children and adults, housing and homelessness, public health, and troubled families, and bring an end to austerity for local government.

Writing to the Chancellor, Mayor Glanville said: “Local government has suffered from drastic cuts to our funding during the past 10 years, as demand and expectations around the services we provide has only increased. I hope that, as you take up your new role, you will act to review and reverse these regressive cuts and provide greatly needed clarity on local authority funding going forward.

“Hackney has faced amongst the highest cuts in the country. Our core funding has been reduced by £140m since 2010 – a cut of 45% – the equivalent of £529 for every Hackney resident. We now stand to lose a further £30 million over three years from further central government cuts. This is money out of the pockets of our poorest residents, those who rely on our services the most.

“At the same time, we are facing rising costs; ever increasing homelessness, the costs of care for vulnerable adults, and support for children with special needs are rising each year, yet in all of those areas, our funding is either frozen or decreasing. After years of public sector pay freeze, our wage bill is rising, as well as the costs of everything we buy. It is right that we pay our hard working staff a fair wage, but that rising cost does not come with extra Government funding. At the same time many of our services are completely unfunded, including unaccompanied asylum-seeking children and people with no recourse to public funds.

“The extra £2.1bn being set aside for a no deal Brexit could instead fund desperately needed local services – housing, care placements, mental health services and support to vulnerable children and adults.

“The continued uncertainty around local government funding is unprecedented and is creating widespread anxiety across local government and for our residents. At a time when we are usually finalising our budget for the next year, we still do not know how much central funding we will receive, nor the funding formula and evidence base that will be used to make these decisions, let alone when a final decision on our allocation might be made or consulted on.

“I urge you to move quickly to provide greatly needed clarity to local authorities so that we can plan our budgets and provide certainty to our residents. This means suspending damaging plans to impose the far from fair 'Fair Funding' Review, maintaining public health budgets, clarifying policy on Council Tax and finally bringing an end to austerity for local government.”

In his letter to the Communities Secretary, which dealt with more specific service area funding, Mayor Glanville said: “There are significant funding challenges within children's services with a growing pupil population and demand. The number of Education and Health Care Plans have increased by 50% since 2011, as we face a growing shortfall in funding. Similarly, Hackney has faced significant increases in the demand and costs in adult social care.

“There is also still no clarity over specific funding streams including Troubled Families Programme, which funds our work with our most vulnerable residents.

“Despite improvements in recent years, Hackney still has high levels of deprivation. Our residents are at the sharp end of the national housing crisis. There are currently more than 13,000 families waiting for a Council home. More than 3,000 of these are part of the ‘hidden homeless’ and living in temporary accommodation. This has tripled since 2010 at a cost of £13 million in 2019/20 for temporary accommodation alone. It is, therefore, deeply shocking that the Government's proposed 'Fair Funding' formula explicitly proposes removing both deprivation and homelessness as funding criteria from the Foundation Formula.

“I am also concerned at the proposals for the Area Cost Adjustment as they ignore that fact that London boroughs operate in an employment market that extends well beyond their own borders. This has been properly recognised in all previous versions of the Adjustment. I hope as a new Secretary of State for Local Government you will be a strong advocate for the sector in Whitehall, and stand up for a Spending Review and funding settlement that recognises our contribution to this country and properly funds high quality local services.”