The funding follows a successful bid by the Council to the Department for Environment, Food and Rural Affairs’ Air Quality Grant scheme. 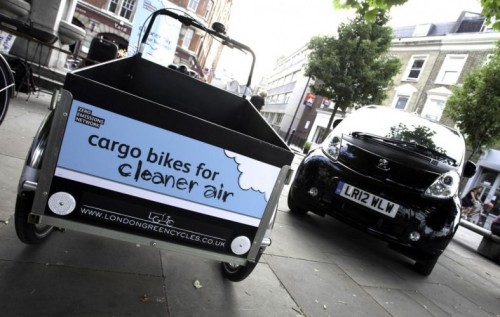 It will allow the Council to expand its Shoreditch-focussed Zero Emissions Network (ZEN) to new parts of the borough where it will help businesses and residents switch to less polluting modes of transport such as cargo bikes or electric vehicles.

The funding will also allow the ZEN to support delivery riders to switch from mopeds to e-bikes and raise awareness of polluting wood burning stoves, which in winter are thought to account for around 10% of London’s particulate emissions.

ZEN has been funded by the Mayor of London since 2014. Since it was established, it has recruited over 1300 businesses and 700 residents to help them reduce their emissions.

We’re a leader in tackling London’s poor air quality and are committed to protecting residents from its harmful effects. The award-winning Zero Emissions Network has been recognised by the Government for its work to improve air quality, and I’m really excited that we can now expand this to other parts of the borough.

Find out more about the Council’s work to tackle air pollution at www.hackney.gov.uk/air-quality