Cllr Williams asks Hackney residents “What will you do for Windrush?”

As Hackney prepares to commemorate National Windrush Day on 22 June, Cllr Carole Williams, Cabinet Member for Employment, Skills and Human Resources and Hackney’s Windrush Lead, calls on residents to ask themselves “What will you do for Windrush?” to celebrate and support the Windrush generation and their historical and far-reaching legacy. 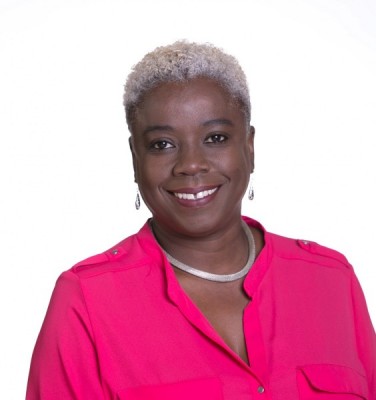 “To mark National Windrush Day on 22 June and commemorate the Windrush generation throughout the month, I am inviting everyone - from businesses and organisations, to individuals - to get involved and do their bit to acknowledge this community’s many contributions to our borough and to countless aspects of British society, including  activism, academia, art, food and music.

Next month will see the unveiling of ‘Warm Shores’ by Thomas J Price, Hackney’s second public artwork to acknowledge the Windrush generation and their descendants, following Veronica Ryan OBE’s Turner Prize nominated sculptures of Caribbean fruits and vegetables unveiled in October 2021. It is part of the promise made to residents, when Hackney became the first UK council to pass a comprehensive motion to recognise the harm done by the Windrush scandal and appointed me as the UK’s first Windrush Lead.

As a Council, through initiatives like our Review, Rename and Reclaim work, we are doing what we can to ensure our public spaces and art reflect our borough’s diverse history, to honour, support and celebrate all our Black and global majority communities, and remain committed to the hundreds if not thousands from the Windrush generation who call Hackney home. We will continue to demand improvements from the Government and signpost eligible residents to the Windrush Compensation Scheme so that anyone and everyone impacted by the Windrush Scandal is included.

Bringing with them wide-ranging global culture, the Windrush generations created strong roots and an even stronger legacy which has helped to permanently shape and enrich Britain’s cultural, public service, academic, political and professional landscape. Now I am asking residents to join us in showing support for the Windrush generations and their many diverse contributions to British life.

I am delighted to share our Windrush 2022 activity pack, in which we have provided just some ideas on how to play a part. These include sharing stories, creating awareness for the compensation scheme, baking a traditional Caribbean recipe contributed by members of the Windrush generation, or learning about Windrush from new teaching packs available to all via ‘Hackney’s Diverse Curriculum The Black Contribution’. I also encourage you to visit both Hackney’s Windrush sculptures which includes a trip to Veronica Ryan OBE’s Turner-prize nominated artworks, the UK’s first permanent public artworks to honour the Windrush generation.

If you feel inspired by our ideas or have a some great ones of your own, please share them on social media and join in the conversation by tagging your posts with #HackneyForWindrush. The best will go up on the Hackney Windrush Instagram account and on www.HackneyWindrush.com. I can't wait to see what all our creative residents will come up with.”

Cllr Williams asks Hackney residents “What will you do for Windrush?”