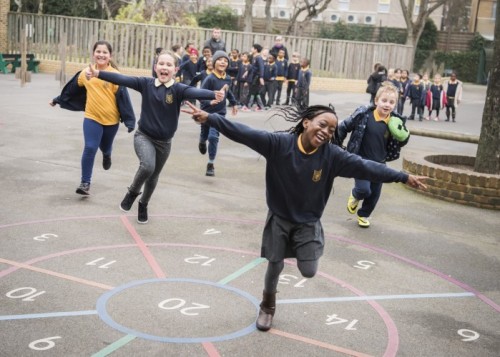 Primary school children in Hackney have travelled twice around the world, or 50,000 miles, by running or walking as part of a new Council health initiative.

Some 2,000 children across 11 Hackney primary schools are taking part in the Hackney Daily Mile which launched last September. Its aim is to help children become more physically active by running or walking for fifteen minutes per day outside of PE lessons.

The Hackney Daily Mile takes place during the school day and is planned around class time. The initiative is inclusive for all pupils and does not need a change of clothes or sports trainers. Children are given a choice between walking or running and the exercise can take place in the school playground or a school hall.

Lena, a pupil from Kingsmead Primary School, E9, said: “The Hackney Daily Mile makes me feel refreshed and energised. It also makes me feel ready to learn when we do it before lessons.” 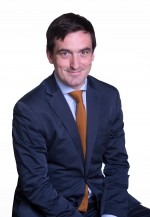 We know in Hackney that we have some of the highest child obesity rates in the country. The national physical activity guidelines recommend that children aged between five and eighteen should be getting at least sixty minutes of physical activity every day. With the Hackney Daily Mile, we’re helping our young people to meet those guidelines while also encouraging children to think of physical activity as a daily norm, an attitude that they’ll carry with them throughout education and the rest of their lives.

Elizabeth, a class teacher at Sir Thomas Abney Primary School, N16, said: “I have noticed that my class are more focused after the Daily Mile. They are more engaged in their learning and I have more energy when I am teaching. I have also noticed it has improved the focus of a child in my class who has autism. The children are all very excited to be involved in the Hackney Daily Mile and they cannot wait to go out and do it.”

Shereka, a parent at Mossbourne Riverside Academy, E15, said, “It’s a great way to take in fresh air and raise the children’s learning and attention as it’s been proven that exercise helps contribute to pupil attainment and attention span.”

Adam, a class teacher and PE coordinator at Gayhurst Community School, E8, said, “The Hackney Daily Mile is a lovely way to encourage those children who do not necessarily seek out physical activity to become more aware of the positive effects exercise can have on their bodies and minds. I see an improvement in the concentration of the children after the mile and every child is keen to take part. They will make sure that we run at some point during the day!”

For more information on the Daily Mile, you can visit the website.

You can also find out more about the Hackney Daily Mile by watching the video.