Barbecue use in London Fields suspended this year

Barbecue use in London Fields will continue to be suspended this year, as a result of damage, high volumes of rubbish and increases in air pollution in the park during the summer months.

The increasing popularity of London Fields has led to a number of management issues, including, scorched grass, littering and high volumes of rubbish, noise and the use of sound systems, illegal trading, aggression and intimidation towards staff, and people urinating in public. 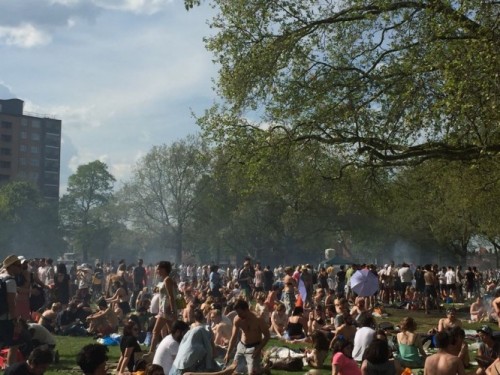 The Council monitored air quality in and near the park during 2018. The results show that barbecuing is likely to be having a negative impact on local air quality, particularly at weekends.

On 87% of the busiest days last summer, when residents reported high numbers of barbecues, levels of particulate matter exceeded the ‘very high’ Daily Air Quality Index (DAQI) criteria for one hour or more.

The data suggests that barbecuing also resulted in longer periods (two or more hours) of ‘very high’ localised levels of particulate matter pollution during the summer of 2018.

However, after 26 July, when barbecue use was suspended due to fire risk during last summer’s heat wave, short term levels of particulate matter were far less likely to be classed as medium, high or very high (using DAQI criteria) on any day. 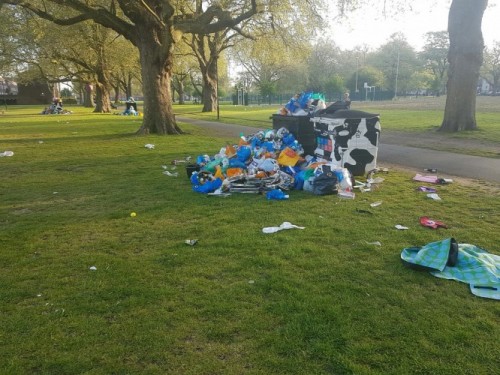 Maintaining the suspension of barbecuing in London Fields will protect local residents, park users and Council staff from the potential health effects of the smoke from barbecues and reduce the wider impacts that the barbecue area has had on the park.

The Council will continue to monitor air quality and other issues in the park so that the impact of suspending barbecuing in London Fields during 2019 can be measured.

Suspending the use of barbecues in London Fields isn’t a decision we take lightly, as we know it’s one of the many reasons people visit the park during the summer.

However, our monitoring shows that barbecues in the volumes we see in London Fields could potentially be causing harmful levels of particulate matter pollution and are also contributing to unsustainable management issues in the park. We’ll monitor air quality and other issues at London Fields this year and review the decision in late 2019.

As with every summer, I want to welcome as many people as possible to our parks and green spaces. We’re now just asking people to bring a picnic instead of a barbecue so we can protect London Fields and its neighbours from unnecessary damage.

Barbecue use in London Fields suspended this year