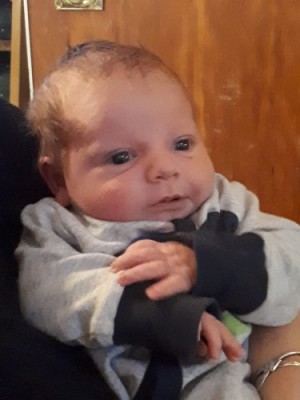 Six weeks after Baby Edward was found, wrapped in a blanket in Dalston, social workers at Hackney Council are renewing their appeal for his mum or family members to come forward.

Edward was named after the postman who found him in Sandringham Road on the morning of 25 January, when he was about 12 hours old.

Edward has been living with foster carers and now weighs 8lb 8oz.

Edward is a very sweet, calm and content baby. He is very alert with bright bluey, grey eyes. He is trying to smile and makes noises, which is very cute to watch.

I want his family to know that he is well looked after and very much loved, but I would really like you to be a part of that, even if it is just so that he knows who you are when he’s older. It is really important that Edward knows about his history and where he came from as this will help him as he grows and develops.

We’re very keen for you or anyone in Edward’s family to come forward and talk to us. We will need to begin thinking about his long term future soon and even if you are not in a position to care for him, it is important that we are able to explore every possible option for him.

Legal proceedings in respect of Edward’s future care have begun, The court has indicated they will make a decision in respect of his long term care by April 2020, and asked the council to publicise the fact that his family will be entitled to free legal aid.