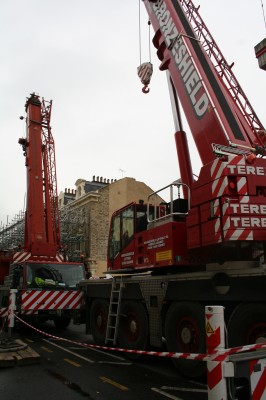 Scaffolding will be removed over the weekend to allow traffic to return to Amhurst Road which was closed in November when a building was found to be structurally unsafe.

The road will be closed in both directions from 8pm this evening (3 January) to allow for the removal of supports but will fully re-open to traffic early next week.

A one-way system had been in place between Mare Street and Brett Road but scaffold can now be removed from the roadway as hand-demolition of 5 Amhurst Road continues.

Pedestrian access has also been restored to Hackney Central Overground Station from Amhurst Road, near the junction with Mare Street.