A quarter of people in Hackney report walking or cycling more following the introduction of new low traffic neighbourhoods and School Streets, a representative poll of local residents has found.

Introduced over the past 18 months, the 19 new low traffic neighbourhoods and 40 School Streets are part of the Council’s plans to rebuild a greener Hackney in the aftermath of the pandemic, and encourage people to walk, shop and cycle locally.

Now, a representative poll of 812 residents, carried out by independent polling organisation, Opinion Research Services, has found that 25% of respondents who knew about nearby LTNs which affect them said that the new schemes have meant they have been encouraged to walk or cycle more, with 30% saying they drive less as a result of the changes.

These findings are backed up by monitoring from the following roads in London Fields low traffic neighbourhood, where cycling rates have increased by:

Bikes now make up between 31 and 65% of vehicles on these roads.

The polling also showed significant (66%) support for the aims of the rebuilding a greener Hackney programme - with respondents asked to what extent they agree or disagree with the Council’s ‘stated aim to rebuild a greener Hackney that protects communities from increases in traffic, supports people to make healthier local journeys, prioritises public transport for those who need it, and creates cleaner, greener streets for everyone to enjoy’.

There was a clear majority support for the Council’s 48 School Streets, where traffic is banned outside the school gates at opening and closing times, with 72% wanting at least some School Streets to be made permanent. 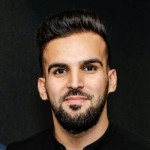 The news that people are walking and cycling more as a direct result of these changes is incredible.

This was the number one aim of our plans to rebuild a greener Hackney - with the cleaner air, healthier lives and better neighbourhoods this brings.

We’ve been engaging with local people throughout this process, and this polling - alongside traffic and air quality monitoring, and feedback from residents - helps us understand how these schemes are working and ensures we can tackle issues where they arise. We do know that there is still more work to be done to get these schemes right, and that’s why we’ll continue to work with residents on this.

I’m proud of what we’ve achieved in Hackney over the past 18 months, with 70% of eligible streets in the borough now low traffic zones.

The full polling report is available to view here.