To achieve a safer, more pleasant environment for cycling, a number of improvements along the route will be funded by TfL and designed and implemented by Hackney Council.

Millfields Road will be reopened to traffic (including bus route 242) on 19 April, and the works will be progressed under four way temporary traffic lights. Temporary traffic lights are not as efficient in managing traffic as the permanent traffic signals and additional queuing is to be expected until the works are complete. These lights are required until the permanent traffic lights are installed as, due to the kerb build-outs and road narrowing, two large vehicles are unable to pass through the junction at the same time.

Please avoid parking in the area of the works, which will be clearly marked with signs, cones and barriers, as offending vehicles may have to be removed.

The Council apologises for any inconvenience that these works may cause and will endeavour to keep disruption to a minimum.

A public consultation was completed in December 2016.

What are the improvements?

The works commenced on 13 February 2017 and are expected to be completed in June (weather permitting). 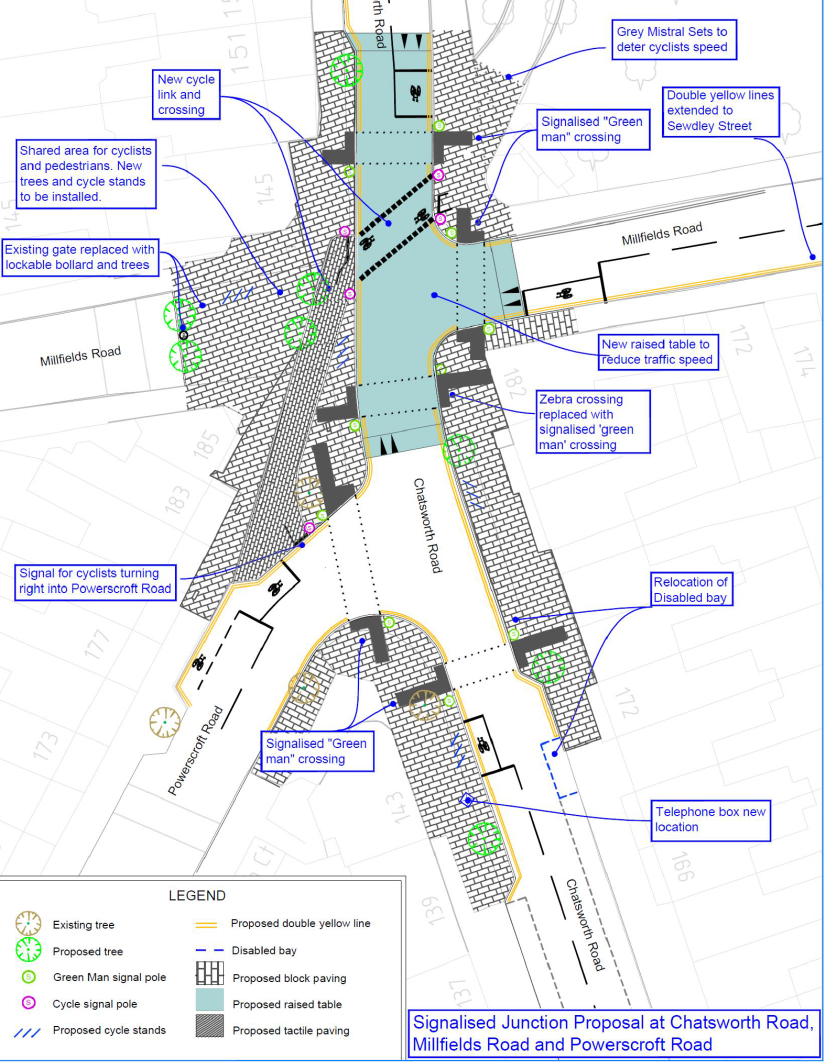