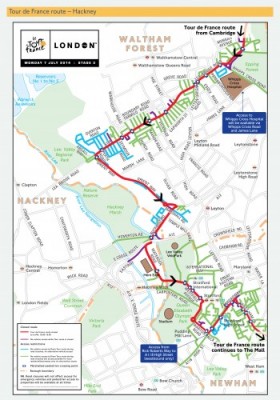 There are just days to go until the world’s greatest cyclists will be speeding through Hackney.

On Monday 7 July, competitors in the Tour de France will ride from Cambridge to London, passing through East London – including Hackney Wick and the Queen Elizabeth Olympic Park – before finishing in The Mall. This forms part of the first three stages of the tour, known as the Grand Depart, which takes place in the UK this year.

Spectators will be free to line the majority of the route. In and around Hackney the best viewing spots will be the north of the Olympic Park (where a big screen is planned) and the Lea Bridge Road junction with Orient Way.

Ahead of the race people can enjoy the Tour's publicity caravan - a convoy of floats, vehicles and entertainers - which is due to pass through Hackney from about 1pm. The racers themselves are expected to come peddling through the borough at about 3pm.

Roads along the route will be closed from 10am to about 6pm and there will be widespread transport disruption across London, with numerous bus routes affected. Many schools near the route will also be closed.

In Hackney, the A106 Ruckholt Road / Eastway will be closed between Orient Way and Lee Conservancy Road, with no access to and from the A12 at the Lee Interchange. Waterden Road will also be closed.

Several main roads in the neighbouring boroughs of Waltham Forest, Newham and Tower Hamlets will be closed, as will Tower, Southwark and Westminster bridges. Key strategic routes across London, including the M25, A406 North Circular and Blackwall and Rotherhithe tunnels, will remain open.

The London section of the tour is being managed by TfL, the GLA and London & Partners.

Council services will operate as usual where they can, with alternative arrangements set up when necessary, and the council’s been working closely with businesses, schools, TfL and other organisations to ensure that, as much as possible, disruption is kept to a minimum. 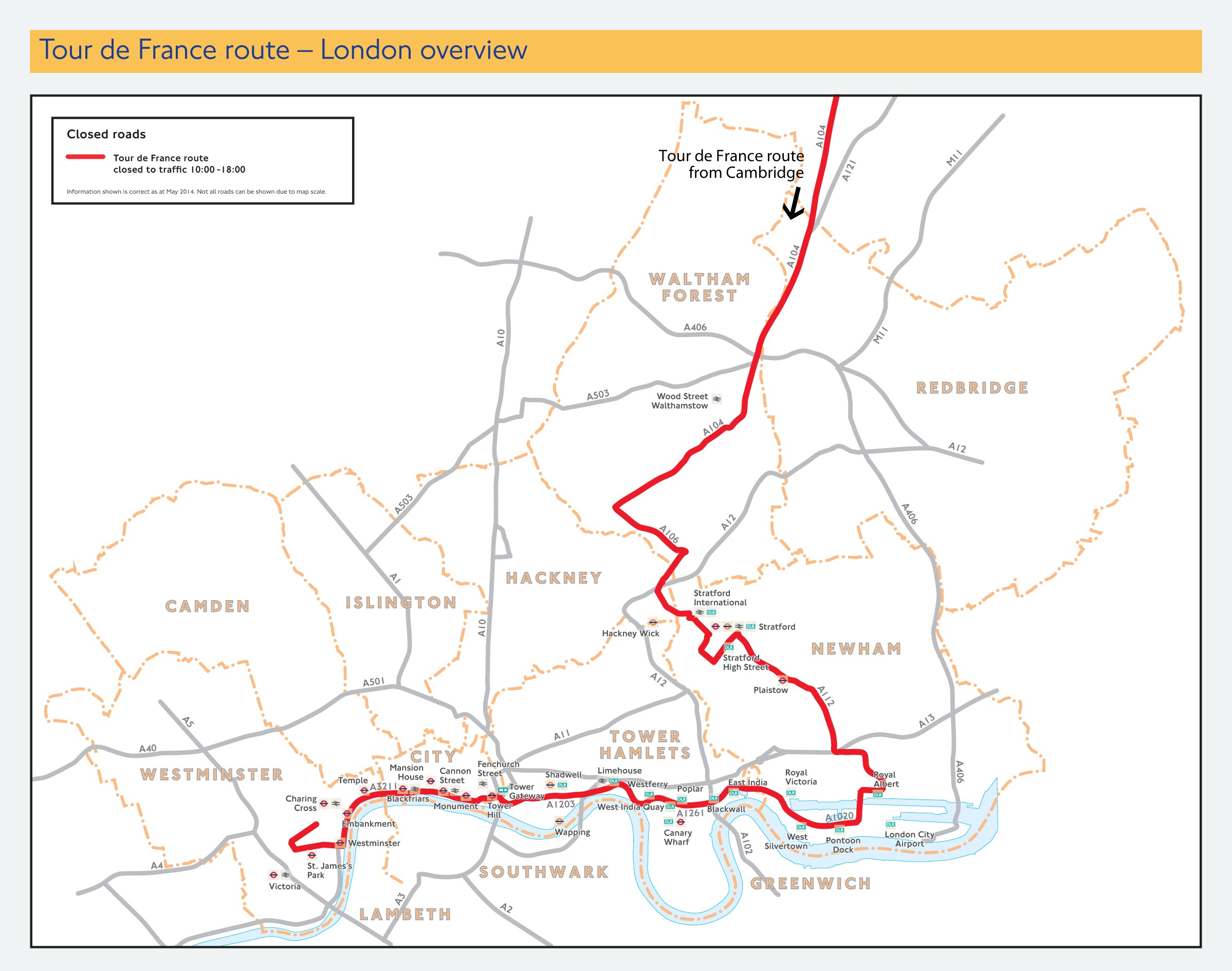