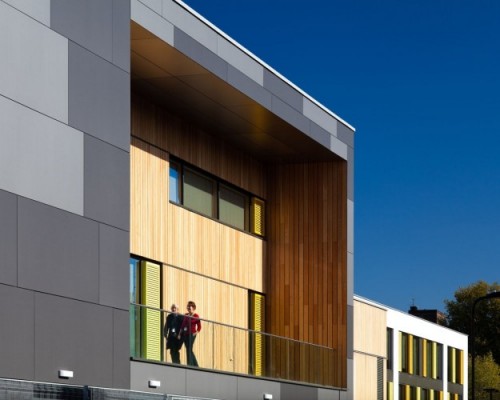 Following a record-breaking number of nominations, 16 buildings and spaces have now been shortlisted for the 2014 Hackney Design Awards, it's now over to Hackney residents and visitors to vote for their favourite scheme.

The people of Hackney and visitors to the borough are being invited to vote for their favourite building or space from an inspirational shortlist, the entry that receives the most votes will be announced as the People’s Choice at the Hackney Design Awards 2014 ceremony on 26th November. The People’s Choice voting opens on 22 September for four weeks, closing on 20 October.

Now in its sixth year, the prestigious Hackney Design Awards celebrates great design and architecture in the borough. 50 different design schemes were received which have now been shortlisted by an expert judging panel, who selected projects based on their innovative design and contribution to the surrounding area.

We want to ensure that buildings and public spaces throughout Hackney make a positive contribution to the lives of people throughout the borough, as well as being inspirational spaces that compliment their surroundings. We know how important high quality, well-designed buildings and spaces are to the lives of residents and the wider community as Hackney continues to grow and change. This is why for the People’s Choice Awards, we want to see as many residents and visitors to the borough as possible vote for one of the shortlisted schemes that they see as making a positive or inspirational addition to the borough’s urban landscape.

The People’s Choice Award voting is open from 22 September for four weeks – the voting closes on 20 October.