Switch off for Earth Hour 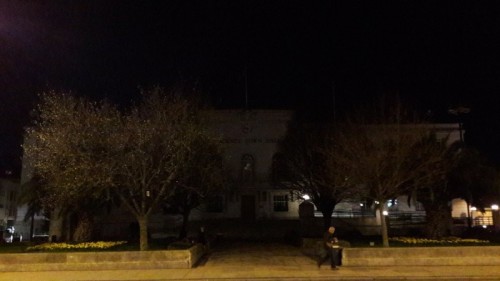 At 8.30pm on Saturday 24 March 2018, Hackney Council will switch off its lights for one hour in solidarity with millions people across the planet as part of the World Wide Fund for Nature’s ‘Earth Hour’.

Hackney Town Hall will join other buildings across the world, including the Eiffel Tower and Buckingham Palace, in being plunged into darkness to highlight the urgency of taking action on man-made global warming and its climate change consequences.

The scale of the challenge presented by climate change is unprecedented in human history. The planet is now the warmest it has been for 115,000 years, when sea levels were 20-30 feet higher; the atmosphere has the highest concentration of heat-trapping carbon dioxide for 800,000 years; and 2017 was the second hottest year worldwide on record, with signs of climate change ranging from wildfires to the continued thaw of Arctic ice.

Meanwhile, warming oceans are threatening the existence of natural marvels, such as the Great Barrier Reef, and 1 in 6 species face extinction from climate change. The World Meteorological Society recently declared that man-made climate change is now taking us into “unchartered territory”.

Now is the time to call for rapid global action on climate change. Earth Hour will bring millions together across the world in a symbolic show of unity to remind people that, if we work together, positive change is possible.

To mark the global event, Hackney Council will be switching off lights at Hackney Town Hall and Town Hall Square at 8.30pm on Saturday for one hour.

The past year has seen steady progress in Hackney towards a future when every hour is Earth Hour. Not only has the Council become a signatory to the UK100 Agreement, which commits us to obtain 100% of our energy from renewable sources across our full range of functions by 2050, but we’ve also begun to act on this ambitious goal by developing plans to decarbonise the energy we buy, working to significantly reduce our energy consumption, and through our plans to turn Hackney in to a clean energy generator. In 2018, the idea of ‘deeds not words’ is more relevant than ever. Whether in energy, waste, transit, conservation, or green infrastructure, Hackney is proud to be part of the movement that is taking practical action on climate change. Everyone can make a difference, and I would encourage all of our residents and businesses to get involved and switch off their lights to show your support for climate change action in 2018.

Everyone can join the celebration of WWF’s Earth Hour on Saturday 24 March 2018. For more information and to sign up, please visit www.wwf.org.uk/earthhour. You can also spread the word online by using #EarthhourUK to show your support.

Switch off for Earth Hour