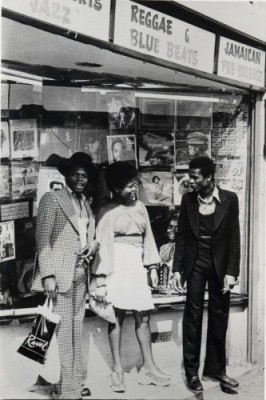 From as early as 1873 Black musicians have been influencing the cultural scene in Hackney. By the 1970s the borough was leading the way in genres such as rocksteady and reggae and producing its own internationally renowned stars. A new exhibition opening at Hackney Museum next month explores this and the important history and legacy of African and Caribbean music in the borough.

The exhibition, ‘Roots, Rhythms & Records: The Sounds and Stories of African & Caribbean Music in Hackney’, launches on Thursday 4 October at the Museum, and runs until March. The launch will be followed by a free live music gig at 8pm, in the Hackney Empire bar, which includes performances from African and Caribbean musicians in the borough today, such as the Grand Union Orchestra.

Hackney’s well established African and Caribbean communities have used music as an opportunity for personal expression, and to challenge issues of discrimination and racism. Over the years, nightclubs, radio stations, sound systems and record shops have been established in the borough to meet the cultural, social and economic needs of the community.

The display uncovers the history behind music in Hackney, including photographs, oral histories and stories from some of Hackney’s most loved venues. 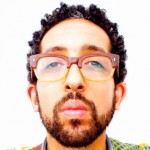 Researching for this exhibition has been a huge challenge but also an immense pleasure. A challenge because people in Hackney have done so much for African and Caribbean inspired music internationally that you could easily produce ten exhibitions with all the achievements and stories they have to share. A pleasure because the innovation, entrepreneurship and resourcefulness of people involved in music in Hackney is second to none. It has been a privilege to be able to document and share their stories - they are an inspiration to us all.

The exhibition not only looks at the music itself but also about the wider industry, influences and social history. The display also shows how music spawned entrepreneurs at the 30 record shops that once existed across the borough and in the bedroom studios of teenagers. There will also be a chance to listen to Hackney residents telling their stories in their own words, as well as the opportunity for the younger generation to learn to play the steel pan and have a go at listening to a vinyl record.

To coincide with Hackney Museum’s ‘Roots, Rhythms & Records’ exhibition, resident archivist, Etienne Joseph and Head of Hackney Music Service, James Thomas, have pulled together recommended listening from some of the borough’s most inspirational musicians. Listen using the Spotify app at sptfy.com/18xH and visit Hackney Museum to find out more about the history surrounding Hackney’s music scene.

The exhibition runs until March 2019. More details can be found online: www.hackney.gov.uk/museum by calling 020 8356 3500 or by following @HackneyMuseum on social media.

The exhibition is part of Hackney Council’s Black History Season. For more information, pick up a programme of activities from libraries and other venues across the borough, visit the Black History webpage or follow the year-round Black History awareness campaign in Hackney on Facebook.