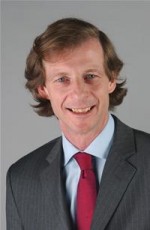 Hackney people care deeply about the borough, so it was good to see Cory Doctorow blog about the changing face of the Old Street area. However, Doctorow unfairly argued that Hackney council has not been supportive of tech firms in the area, and that approving the demolition of buildings and replacing them with high-rises was in part a reason behind what is described as the "slow death" of Silicon Roundabout (a tech hub in east London). Like every urban centre, Hackney is changing on an almost daily basis. Rather than dying Silicon roundabout has matured into one of the world’s largest and most successful Start-up cradles in the world. Admittedly, new companies, buildings and, increasingly, new people who want to do business in the borough creates challenges. The big question for the council is how we move forward while protecting the very thing that makes Old Street, Shoreditch and the whole of Hackney the creative place that so many people want to become part of. The council has to operate within the myriad of planning laws which are set by national and regional government, which can be used by developers to overturn local wishes. No one in Hackney would argue against the idea of creating affordable, creative, well supported work spaces for both new and established businesses, but the difficulty is making sure that this happens against a backdrop of rising rents for high end commercial tenants. The council has fought huge battles on behalf of its residents. We won exemption from the government's plan to allow commercial space to be turned into residential units. Had we lost that battle for Hackney's key commercial districts - we would have lost control of our vitally important commercial property stock and seen residential property replace it. Hackney also won the argument over post-Olympic Games use of the broadcast and media centres in Hackney Wick. Now named Here East, it gives Hackney 1.2m square feet of commercial and affordable start up, creative business space. The Silicon Roundabout area may have seen businesses spread further across the capital, but business districts change and evolve - as they have always done in London. The role of the council is to support the wide range of growing businesses across the borough, from start ups to established businesses. The Council works with developers in bring forward buildings that support spaces for start ups alongside the more established businesses, each development holding the potential to become a community within a community. Doctorow said Hackney Council's planning department is "quick to hand out permission to large scale developers” and goes on to say Hackney Council planners profit from the relationship. This is an outrageous and inaccurate accusation and has absolutely no foundation whatsoever. As property in Shoreditch gets more popular it is important to look to other parts of the borough to sustain our smaller business community. That's why we've been working hard to provide an impressive range of options and cultural developments in places such as Hackney Central, with its emerging fashion hub, Dalston, and its highly prized start-up spaces and of course, Here East in Hackney Wick. Office space is only one part of developing a successful local economy. Sister City agreements within communities such as Austin Texas play an equally important role in developing trading networks that bring forward new contracts for local businesses. There are business growth relationships that are being developed with Oslo, Barcelona and New York. The Council's regeneration service has just returned with 80 Hackney firms from the SXSW tech event in Austin, Texas. Last year, the inaugural Hackney House Austin venture succeeded in raising £7.5m of new business for the borough. This year it is anticipated that considerably more will be achieved. Closer to home, the use of street markets has been pioneered by the council as a way of regenerating parts of the borough which soon become business locations in their own right. Do we always win our battles with developers? No we don’t and often there has to be a compromise. Like the development that Doctorow refers to, what he fails to mention is that alongside the student accommodation there is over 7,000 sq m of workspace. The Council is committed to creating a diverse and dynamic business base for the local economy that can support local apprenticeships and jobs for the wider community.