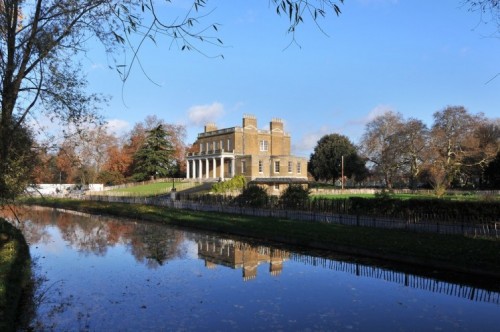 A spokesperson for Hackney Council said: "Clissold Park is home to a well-loved herd of fallow deer, which the Council is responsible for looking after and protecting.

"The Council installed a large fence around the deer enclosure a number of years ago to protect the deer, but unfortunately the foxes have managed to get into the enclosure where they have made a number of earths (burrows). We have been advised by our independent deer expert that, living so closely together, they pose a hazard to the health of the deer.

"The foxes raid litterbins and carry rubbish into the deer enclosure which the deer, who are attracted to rubbish that smells of food, are at risk of eating and could lead to ill-health and even death.

"The deer have been monitored for the past year, and have been witnessed eating the plastic rubbish on a number of occasions. In addition, the fox earths can cause hazards to the legs of the deer – such earths have injured deer in other deer parks.

"There are roughly four or five adult foxes currently living in a deer enclosure of seven deer. This far exceeds the ratio in any other London park – it is the equivalent of having many hundreds of foxes living in Richmond Park.

The Council will only remove the foxes living in the deer enclosure. They will be baited, trapped and humanely killed in strict accordance with government welfare guidelines; no other foxes in Clissold Park will be harmed, and there is no borough-wide fox culling strategy.

"Government guidance indicates that the relocation or release of foxes once trapped should not take place. In addition we have been advised that releasing the foxes into the established territory of other wild foxes will cause them distress or injury which could lead to extreme suffering.

"The alternative to this cull is that the deer are put at risk.

"We are looking into how we can prevent foxes returning to the site and the earths."