Hackney Council has agreed to establish a new programme to improve the connections between green spaces.

The Connecting Green Spaces programme will look at improving park entrances and boundaries, promote better connections between green spaces, and connect green spaces together where they are currently dissected by roads.

To kick off the project, the Council plans to prepare an application to Heritage Lottery Fund to make West Reservoir, in Woodberry Down, more accessible by introducing new entrances and improving its connection to Woodberry Wetlands.

The Council’s Cabinet has also agreed to formally endorse the campaign to make London the world’s first National Park City. London being a National Park City is a vision which celebrates and recognises what’s already being done in the capital, but challenges Londoners to work together to make the capital even greener, healthier, more naturally diverse, resilient, beautiful and enjoyable. 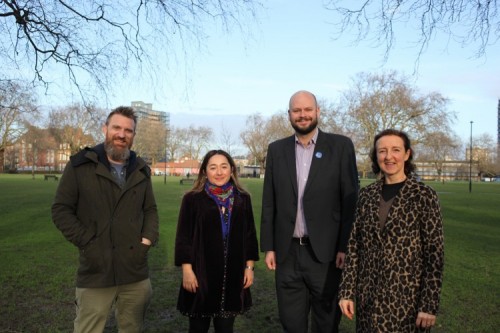 From the beautiful historic Springfield and Clissold Parks to Europe’s largest concentration of football pitches at Hackney Marshes – we are already one of the greenest inner London boroughs.  However, most homes in Hackney have no garden, and as the number of homes in the borough continues to grow, it is important to identify how access to existing green space can be improved.

Green space is crucial to public health – thousands of Hackney residents are affected by obesity brought on by a lack of physical activity. We need to provide attractive, green links to enable people to walk, cycle and play outside – connecting green spaces will help achieve this. 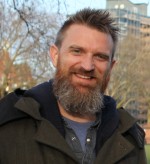 Making London the world's first National Park City is a unique opportunity to celebrate the capital's landscape, outdoor culture and everything that has been done to make it so green and wild. The capital can become a National Park City because Londoners have been creating, protecting, improving and enjoying green and public spaces for hundreds of years. As a result there are nearly as many trees as people in London and we share the capital with 14,000 other species.

It's been estimated that our public parks save the NHS nearly £1 billion a year in health costs, including £370 million as a result of better mental health. Making London a National Park City will help not only to make the city greener, but to increase the number of us benefitting from our public open spaces.

One of our aims, shared by the Mayor of London, is to make half of the capital physically green and blue. 49.5% of London is already made up of the city's 3.8 million gardens, 3,000 parks, canals, rivers, ponds and nature reserves. If every Londoner made just 1m2 green, we'd collectively make the majority of the city green and blue. This is a great example of the spirit of the National Park City. By individuals, groups, charities, businesses, councils and government working together we can make truly transformative things happen.