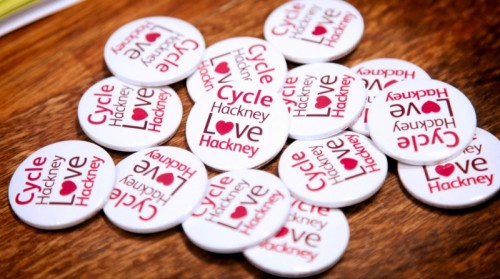 The mini street festival – featuring family entertainment – will take place between 9am and 5pm on Friday 5 June, and will coincide with the much-anticipated cycling summit held opposite, in Hackney Picturehouse.

The conference, organised by Hackney Council and the Hackney Cycling Campaign, will see cycling experts, academics and campaigners from around the world gather in London’s top biking borough for a day of talks, videos, Q&As and exhibitions, based on this year’s theme of investing in cycling.

Residents can also attend two exclusive free film screenings at the Mare Street cinema, thanks to a partnership between the BFI and the Council. Three classic Charlie Chaplin comedy shorts, suitable for parents and children, from the BFI’s new DVD, Charlie Chaplin: The Mutual Comedies, will be shown at the Picturehouse at 10am for free; and seven fascinating short films about cycling and bikes, made over the last 100 years, taken from forthcoming DVD collection On Yer Bike, will be shown at 8:30pm.

Parents and children attending Charlie Chaplin: The Mutual Comedies will also have the opportunity to find out about different types of cycles and accessories available for carrying children on a bike, with local retailers and Hackney Cycling Campaign members on hand to showcase products and answer questions about family cycling.

To complement the conference, the Hackney Cycling Campaign are hosting the second annual “Straw bale Sessions” on Saturday 6 June from 10am to 4pm at Hackney City Farm, Goldsmith’s Row. Residents are invited to the free event for grassroots talks and discussions on the future of cycling in the city with lectures from respected urbanist Bruce McVean, author Anna Hughes and others. More details available at hackney.cc

Hackney has the highest rate of cycling in London, with more people commuting by bike than car. In the past year, more than 1,000 adults and children have taken advantage of the borough’s free on-road cycle training. To improve conditions for cyclists, more than 99 per cent of Hackney Council-controlled roads will be 20mph by October as the new, lower speed limit is rolled out.

The Hackney Cycling Conference is fast-becoming one of the highlights of the cycling calendar. This year’s will be bigger and better than ever. As well as a remarkable mix of expert speakers, we will be bringing some of the buzz of conference to the streets of Hackney with our mini festival. I would encourage residents to come down and check it out or go to one of our exclusive film screenings.

Hackney is one of the UK’s frontrunners when it comes to cycling and events like this help us share knowledge and information about how we can continue to improve our borough for cycling.

Get tickets for both film screenings and for the conference at www.hackneycyclingconference2015.eventbrite.co.uk.

Conference tickets are £35 each and include lunch.