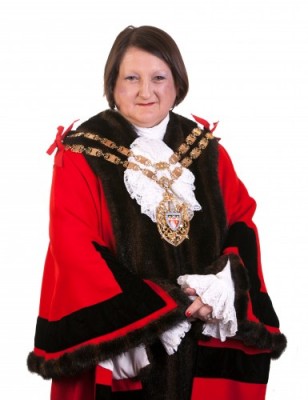 Hackney’s longest-serving councillor, Cllr Sharon Patrick, has been unveiled as the borough’s first citizen. It is the second time Cllr Patrick, who has served on the Council for nearly 26 years, has taken the gold chain, having held the post in 2002.

She said: "Being the Speaker of Hackney is the best job in the business and I'm delighted and honoured to be given the chance to do it again. I'm looking forward to getting out and about and meeting people. I'll be supporting residents and businesses across Hackney and getting to know the different communities better."

During her term she will be raising money for the Laburnum Boat Club, based on Regent’s Canal, which helps the personal development of young people, including some with disabilities; The Sharp End, a fitness and friendship support group for the borough’s over-50s; and The Alzheimer’s Society, a cause close to Cllr Patrick’s heart following the death of her mother from the disease.

Cllr Patrick descibes herself as a "Cockney lass", having lived in the borough all of her adult life, and says she is “proud and excited” by the transformation she has seen. She said: “It’s a great place: lively, bubbly, full of mixed cultures. It’s a place where everyone gets on. I have seen it change over the last few years to become the place-to-be in London, with an incredible amount of exciting things do and see.”

Cllr Patrick’s first engagement saw her welcome 60 of Hackney’s newest official residents during a citizenship ceremony in the town hall. She said: "I loved it and can't wait to do more of them. Hackney has always been a place that is open to everyone and where no-one is excluded."

The 57-year-old mum-of-three has two great passions in life: volunteering and real ale, and she hopes to combine the two when she attends the Pig’s Ear Festival in the Round Chapel, Clapton, in December, in a celebration of brewing excellence and fundraising.“I'm really looking forward to the festival and the best thing is they'll be collecting for my charities!" she said. "I’ve been a member of the Campaign for Real Ale for years. I like real beer and I want to encourage people to have a good product to drink.

“Hackney is a hotspot of micro-breweries with at least nine in the borough and that’s a great thing to see and shows what a great and diverse place to do business Hackney has become."

Cllr Patrick sits on the management committee of the Hackney Marsh Partnership, a community project group, and she believes volunteering is the essential glue in Hackney's social fabric. "Without volunteers many of our services and groups would be worse off," she said. "I will be having a reception for volunteers to thank them for what they do."

Cllr Patrick replaces Cllr Michael Desmond and admits he will be a tough act to follow. She said: "I have a lot to live up to. He was a brilliant fundraiser and was great at getting on with people."

The Speaker is always happy to be invited to events in Hackney and she is looking for people to help raise funds for her charities. Get in touch with the Speaker's office by email on eda.ziya@hackney.gov.uk or by phone on 020 8356 3591.