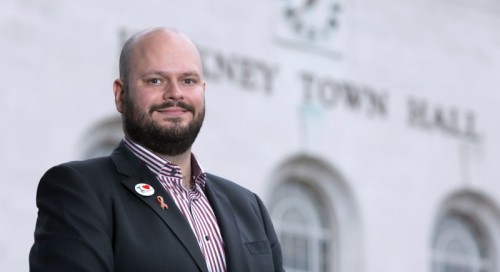 In response to an open letter from Keith Magnum, editor of the Hackney Citizen, the Mayor of Hackney, Philip Glanville, has issued the following statement:

Mayor of Hackney, Philip Glanville, said: “Hackney Today is still by far the most popular source of information in Hackney about the Council, other local services and national policy changes, especially amongst older people and those on lower incomes. Given the amount of change around housing, education and welfare reform it is more important than ever that this information reaches everyone in the borough. The advertising revenue it raises takes pressure off scant public resources, but the paper has always been run in way that does not aggressively compete with other local titles. Most advertising revenue comes from partners such as the NHS, schools and colleges and housing associations who wish to take advantage of its borough wide door-to-door distribution. The Council’s website sells advertising through a national network, and does not compete by taking ads from local business.

“Despite saying in 2013 that the Citizen had ‘never regarded Hackney Today as a competitor’ and that it was of ‘no particular concern’, its editor is now demanding that the Council gives up between £100-£150k in external income each year, which would be a substantial loss to the public purse. We feel that Hackney Today and titles like the Citizen can co-exist and potentially work co-operatively and I would certainly be happy to meet with Mr Magnum to discuss that.”