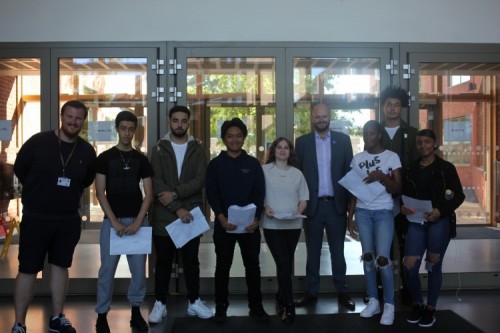 Great successes were seen across the borough today, as students collected their GCSE results. The overall Year 11 results are up from last year, with Hackney again likely to exceed national results by 5%.

Cardinal Pole School student, Chyna Gray, was thrilled with her three 9s and six 8s. She now plans to study A-levels in History, English Literature, Philosophy & Ethics and Psychology at Mossbourne Community Academy Sixth Form. She said: “I feel fantastic! I literally started crying when I saw my results. I’m really pleased with myself - all of my hard work has finally paid off!” 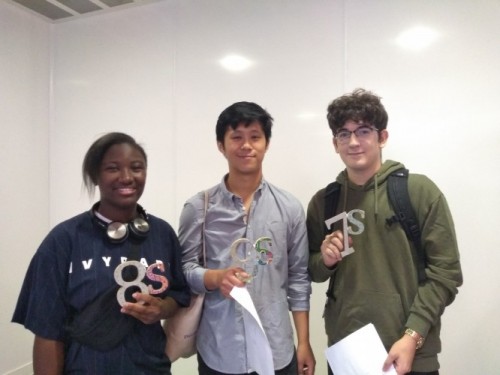 Chyna’s friend and fellow student, Alec Lau, was also celebrating incredible results, achieving eight 9s and 2 8s. He now plans to study Maths, Further Maths, History and Economics at A-level. He said: “I’m so surprised with my results and so happy! It’s great that my work has paid off, and now I can look towards the future. My main goal is to attend Oxford University to study Philosophy, Politics and Economics, and the A-levels that I’ve chosen will give me the opportunity to follow that path.”

Both students and staff at Cardinal Pole School were celebrating their best ever results in English and Maths since the new grading system was implemented, with 84% of English students and 69% of Maths students receiving a 4 or higher. 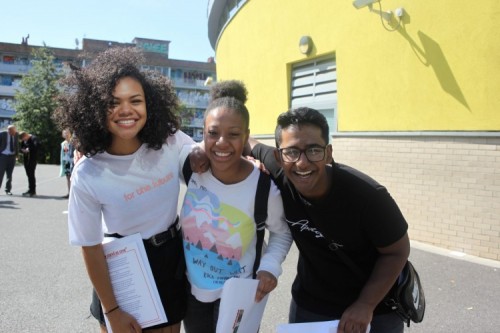 Cardinal Pole School student, Jessica Ugori, was delighted with her three 9s, five 8s, one 6 and one 5, and is now looking forward to studying A-levels in Chemistry, Physics, Biology and Maths at the school’s Sixth Form. She said: “I’m feeling very surprised at the moment, as I did a lot better than I expected to do! I hope to study Chemistry at university in the future, so I’m really happy with my 9 in Chemistry!” 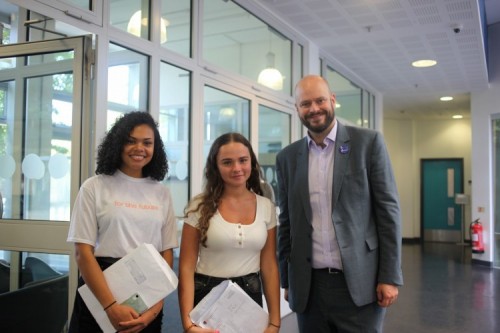 City Academy student, Julia Sinchukovska, achieved an incredible three 9s, four 8s and a 6. She said: “I’m shocked - I really didn’t expect to do so well. I’m really happy with myself, and my hard work has paid off. I hope to pursue a career in banking and finance in the future, so I will be taking A-levels here in Maths, Economics and Politics.”

Incredible achievements were seen across the borough. Our Lady’s High School student, Melisa Kelaj, achieved nine 8 to 9 grades, and will go on to study Chemistry, Biology and Physics and History at A-level, with hopes to one day become a scientist. Urswick School student, Domingas Mendes Nandja Uare, who arrived in the UK without being able to speak English, achieved ten 5 to 9 grades. She said: “Urswick has been an amazing journey for me, I learned to speak English as my fourth language and I have grown so much, most importantly I have learned to ‘Believe and Achieve’.”

A huge congratulations to everyone who has collected their GCSE results today. All of our young people have worked exceptionally hard over the past couple of years, and I would like to congratulate them on their achievements and wish them every success in the future.

I would also like to thank Hackney’s brilliant teachers and all those inside and outside of school who have dedicated their time to supporting young people through this anxious period and encouraging them to achieve their full potential. Now it is our collective job to stand with these young people as they take their next steps in education, training or employment, helping them to even greater individual success and in turn contributing to the future of the borough.

Well done to all students who have collected their GCSE results today - we are proud of each and every one of you. Following on from the successes we saw during A-Level results last week, our young people truly are a credit to their schools, their families, themselves, and our borough. I would also like to say a big thank you to our schools and their staff for the incredible work that they have done to help their students achieve the successes that we have seen here today.

Hackney has a great range of sixth forms and colleges for students to choose from, and we wish all students well with their next steps for their future.