Hackney Council has opened new kennels to look after the borough’s stray and abandoned dogs.

Each of the ten kennels will be given a name, chosen by pupils from nearby Mandeville Primary School, who attended a launch event last Friday. The children took part in a competition to design a mural which will be painted on the side of the kennels. The winning design was drawn by nine-year-old Gerald Lawrence.

The event also gave the council an opportunity to thank the numerous charities and volunteers upon which it relies to provide animal welfare services.

“I was a volunteer dog walker and met Benson when he was brought in by the council. He had been in the kennels a little while, so I took him home while we waited for someone to claim him. His owners were never found, but I realised he is the loveliest dog in the world and decided to adopt him. There is a lot of prejudice against Staffies, but I think Benson is a real ambassador for the breed as you could never meet a nicer friendlier dog.”

Another supporter of Hackney’s animal welfare work is Actor Peter Egan, who starred in Ever Decreasing Circles and was more recently seen in Downton Abbey. Peter said:

“I’m really excited and moved as animals really need this. I think Hackney leads the way in dealing with stray animals. It’s great that local school children are involved, as we need them to become the responsible pet owners of the future.” 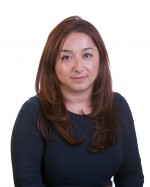 We rely on lots of charities and volunteers to help us care for stray and abandoned animals in Hackney. I would like to thank all of them for their hard work. These new kennels will help us rehabilitate neglected or abused dogs and give them the best chance of being re-homed. My message to anyone thinking of getting a pet or buying one as a present is to make sure they can look after it properly. Pets need to be neutered and vaccinated to reduce the spread of diseases. It’s important that they are microchipped so that any animals that do end up in our hands can be quickly reunited with their owners.

The ten draught free, chew proof kennels are individually heated and thermostatically controlled. They include a large bed area and individual exercise area for each dog as well as a large external exercise area. There is secure access directly onto the canal tow path next to Hackney Marshes for the council’s 35 volunteer dog walkers.