Join the Speaker of Hackney to mark Holocaust Memorial Day 2021

A commemoration ceremony is taking place to remember victims of the Holocaust and subsequent genocides around the world as part of International Holocaust Memorial Day.

Hosted by the Speaker of Hackney, Councillor Kam Adams, the ceremony will take place on YouTube on Wednesday 27 January and residents are invited to attend.

This year’s memorial follows the theme ‘Be the light in the darkness’. The ceremony will include music, presentations and personal recollections of those who have endured persecution. The laying of a floral tribute at the Holocaust Memorial Tree in the Town Hall square will follow.

The day remembers the six million Jews murdered during the Holocaust, alongside the millions of other people killed under Nazi persecution and in genocides that followed in Cambodia, Rwanda, Bosnia and Darfur. 27 January marks the anniversary of the liberation of Auschwitz-Birkenau, the largest Nazi death camp. 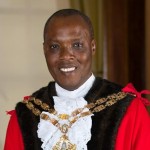 Cllr Adams said: “Holocaust Memorial Day is a very important day to commemorate and honour all those who were murdered and experienced unimaginable suffering as a result of Nazi persecution.

“It also gives us the opportunity to recognise the atrocities suffered by many as a result of genocides which have happened since the end of the Second World War. These were appalling acts that demonstrate the evil which mankind can do but also the need for us all to live in harmony and unite together to counter oppression wherever it arises.”

The event, between 10-11.15am, is free and open to all. Registration is via Eventbrite. Once registered, the link and the order of ceremony will be sent to you before the event.

Any questions should be directed to the Speaker’s office via e-mail at: speaker@hackney.gov.uk.

For more information about Holocaust Memorial Day, go to: hmd.org.uk.

Join the Speaker of Hackney to mark Holocaust Memorial Day 2021