'Holy grail' of botany can be found in tiny Hackney park

Once known as the “holy grail” of botany, there is a tree so rare and so beautiful that, when it flowers in Kew Gardens in May, thousands of visitors flock to see it.

Another, in Leeds University Botanical Gardens, excited national press interest when it bloomed last year. And, incredibly, there’s one growing in Kynaston Gardens - a tiny, once-forgotten patch of land, off a Stoke Newington alleyway.

The exotic specimen is the Davidia involucrate, or the Handkerchief Tree, so called because when its beautiful, large white blooms are disturbed by the breeze they give the impression of fluttering silk.

It’s also nicknamed the Dove Tree or Ghost Tree for similar reasons – though getting the tree to display its spectacular blossom is notoriously difficult.

Matthew Dillon, secretary and founding member of the Friends of Kynaston Gardens, doesn’t know how the China native, coveted by the leading 19th and 20th century botanists, came to sprout in the post-war patch off Kynaston Avenue - a passage linking Stoke Newington High Street and Dynevor Road - but the enigma is indicative of the mystery of the gardens itself.

“A neighbour has photos showing houses that used to be situated in Kynaston Avenue,” said the 37-year-old economist. “There is a local myth that the houses were hit by a bomb in the blitz but, perhaps a more likely theory is that the houses survived the war intact, and were demolished as part of slum clearances and the gardens created in their place.”

During the 1970s and ‘80s the little park was well-used as both a play area for local children and as a rose garden but, somewhere along the way, the land became less and less frequented, its condition deteriorated, and eventually it began falling foul to frequent anti-social behaviour.

By 2010 the community had had enough. A small band of local nature-lovers sat down and decided to form the Friends group, and take back the precious plot of greenery in the otherwise densely-populated neighbourhood.

Over two years, from 2013, the Friends worked in partnership with Hackney Council and charity Groundwork, to secure £84,000 in funding, to renovate the gardens.

Now, the fruits of that labour are plain to see: the new design includes food plots for local people and schools, wild flowers to improve biodiversity, and a new play area for children.

“The gardens are now a well-loved asset for all the community,” said Matthew, of Dynevor Road. “It’s a great place to meet neighbours and friends, and particularly for children to get in touch with the outdoors and play.

“The gardens are used by two or three local nurseries which do not have outdoor space themselves, for nature activities by the local William Patten School, and it’s a very popular after-school play area.

“They also provide space for people, alongside other members of the community, to grow their own fruit and veg.” 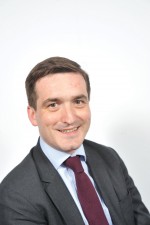 What was once a blight on the area is now a wonderful green space that’s being put to great use by a wide cross-section of the local community. The Friends have done an excellent job and we’re proud to have helped them along the way.

Today, the Friends group works with the community and alongside the Council - which helps by providing resource through the parks department and acting as custodian of some of the grants – to ensure the gardens remain a green haven amid the busy bustle of urban Hackney life.

“We organise community gardening days every few weeks,” said Matthew, “which are always well attended by a good cross-section of the community, and it’s heartening to see a good mixture of young and old gardeners.”

But the question now is, can they make the Handkerchief Tree bloom?

More information on the gardens can be found on the Friends’ Facebook page.

'Holy grail' of botany can be found in tiny Hackney park