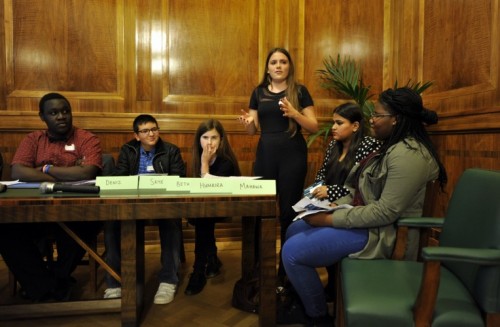 Candidates standing in the forthcoming Hackney Youth Parliament election set out their plans for change at a series of hustings events at Hackney Town Hall.

The budding politicians presented their manifestos to fellow young people, councillors and members of the public ahead of polling week later this month.

The hustings, on 25 and 26 September, were hosted by current members of Hackney Youth Parliament, Ife Grillo and Lee Eastland.

Many of the candidates said they hoped to change the perception of young people in Hackney, saying that the media often portrayed them in a negative light, which was very different to their own experiences.

Other issues discussed included access to apprenticeships, training and jobs, as well as the need for young people to get involved in politics. 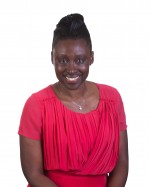 It was fantastic to hear about the candidates’ plans for the young people of Hackney. So many of their priorities align with the Council’s, so I’m really looking forward to working with the successful candidates to put these great ideas into action and to address their concerns. It was also heartening to see so many friends, family and interested young people attend the hustings because they were keen to find out more about the manifestos. I hope all those eligible will have their say and vote during election week.

There are 35 candidates standing for the Youth Parliament in two constituencies, Hackney North and Hackney South.

Voting takes place in schools and youth clubs from 6–14 October. The results will be announced at a Democracy Fair at Young Hackney Forest Road, 29 Forest Rd from 3.30–6.00pm on 15 October. The event is free, but places are limited. Anyone who would like to attend should contact tom.sheppard@hackney.gov.uk or call 020 8356 7650.

A full list of candidates can be found at www.younghackney.org.