Hackney schools are number one for GCSEs 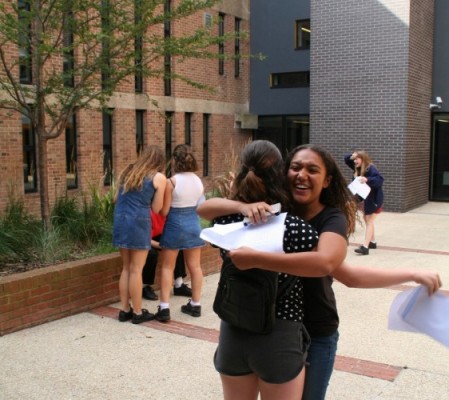 Hackney schools received another boost after the first-ever figures for the government’s new measure for school performance showed Hackney is number one for GCSEs.

The 2016 provisional GCSE results published today show Hackney equal top of the country out of the 152 Local Authorities for progress.

England’s state secondary schools are now being judged on a new measure known as ‘Progress 8’. The new benchmark is based on the progress pupils make from the end of primary school until the end of secondary school. Under the previous system, schools were judged on the proportion of students who gained at least five A*- C grades at GCSE, including English and maths, and on the amount of progress youngsters make in these two key subjects.

Against this new measure, Hackney Council and the Royal Borough of Kensington and Chelsea both scored 0.35, which means that on average, Hackney pupils scored a third of a grade higher across 8 GCSEs than pupils with similar previous results.

The proportion of pupils in Hackney gaining grade C or better in GCSEs in both English and maths was 69% (up 7%), placing Hackney 19th in the country.

Anne Canning, Hackney’s Group Director for Children, Adults and Community Health, said: “I am really proud of all our students in Hackney, the hard work both they and staff have put in is truly evident in these results.

“Following these results many pupils have been given the platform to go on to A levels, apprenticeships or paid employment.

“Congratulations to everyone and their families.”

Hackney schools are number one for GCSEs