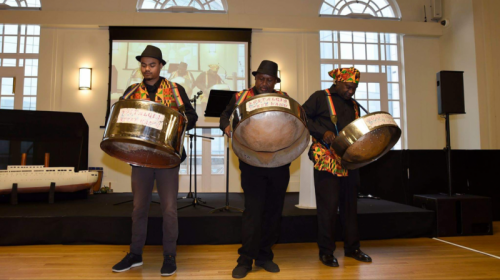 Hackney Council has been awarded £10,000 from the government’s Windrush Day grant scheme to help educate, commemorate and celebrate the outstanding contribution of the Windrush Generation and their descendants.

On Thursday the government announced that Hackney was one of 50 organisations across the country, who had received funding from a pot of £500,000. The fund will see various events taking place for Windrush Day on 22 June, the day the Windrush docked at Tilbury over 70 years ago.

The ship was the first to bring Commonwealth citizens from the Caribbean to the UK, part of a request from the British government to help rebuild Britain after World War II. This important moment in Britain’s history has come to represent the enormous contribution migrants and their descendants have made to British life and identity.

Hackney’s fund will see a celebration for Windrush elders take place at Stoke Newington Town Hall on 22 June, a micro grant system to fund smaller community projects right across the borough, an intergenerational Caribbean baking project for elders and young people, a cricket tournament, alongside creative and cultural projects to immortalise the communities contribution to Hackney for generations to come.

Hackney has a large Caribbean population, and as such we are excited to receive this funding, which will support us in our borough wide celebrations of the Windrush generation. This years Windrush Day event will build on the success of last years Caribbean Tea Party, and this year will see young people working with their elders to learn more about their life and contributions to the community and culture of Hackney today.