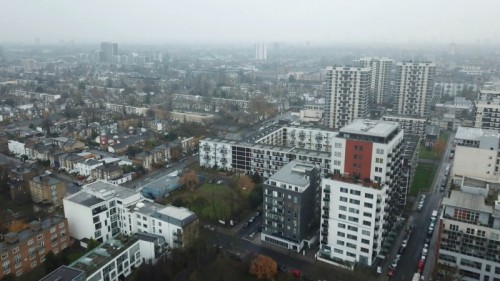 Strict new limits on pollution are set to be adopted by Hackney Council as part of an ambitious new draft air quality action plan that has gone out to consultation this week.

The limits will see World Health Organisation guidelines adopted for particulate matter pollution - known to stunt lung growth in children and cause respiratory and cardiovascular problems among all groups - by 2030, going beyond current National Air Quality Objectives.

As part of the plan, the Council will improve its air quality monitoring network, which could see it invest in new real-time pollution monitors to supplement its existing network of diffusion tube monitors.

Monitoring efforts will focus on reviewing pollutant concentrations at places where people spend most of their time. This includes both homes and schools.

The Council also wants to make sure it collects data for those locations where the most vulnerable may be present so will monitor air quality around healthcare centres, hospitals and care homes as well, and it will will assess the specific air quality benefits of the actions outlined in its Rebuilding a Greener Hackney: Emergency Transport Plan.

In addition to action to tackle the pollution from road transport, which accounts for 64% of nitrogen dioxide emissions and 29% of particulate emissions, the plan outlines actions to tackle pollution from construction and fuel burning (wood burning stoves and commercial cooking).

The Council will also increase the number of low and no-emissions vehicles in its fleet, and will call on Transport for London to expand the Ultra Low Emissions Zone to all of London after 2021, and lobby the Government to take action on the causes of pollution that are out of the Council’s control.

Residents are being urged to have their say on the consultation, which is open from this week until 8 February.

Hackney has one of the highest mortality rates from air pollution of all local authorities in the country - predominantly caused by emissions from road transport, despite 70% of the borough’s households not owning a car. In a borough where children have been medically assessed as having stunted lungs, we owe it to our residents to go further and faster in tackling the public health emergency that poor air quality represents.

The actions outlined in this draft air quality action plan - including adopting tough WHO limits on particulate matter, improving our large air quality monitoring network, and further reducing and controlling emissions from the construction sector - are the most ambitious of any Council in the country. I’d urge people to have their say in the consultation.

Residents can have their say at: https://consultation.hackney.gov.uk/housing-service/air-quality-action-plan-2020-2025/

For a paper copy of the consultation please contact 020 8356 3000. Responses should be returned to the Council by 8 February 2020. Responses arriving after that date may not be included in consultation results.