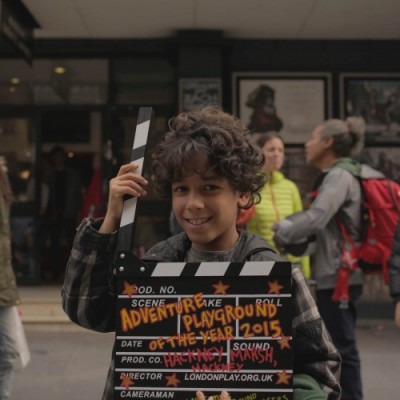 Earth, air, fire and water are the winning elements of a children’s recreation area, in Hackney, which has been named London’s Adventure Playground of the Year.

Hackney Marsh Adventure Playground, in Daubeney Fields, Homerton, for kids aged six to 15, picked up the title at the prestigious London Adventure Play Awards on Thursday.

The ethos of the Council-run playground, which has both outside and indoors areas, is ‘free range play’ - allowing children to explore their play instincts free from adult constraints.

Inside they can try out the myriad arts and crafts activities, including playing games, and cooking and baking, or enjoy listening to music and dancing, or chatting with friends.

Climbing frames, go-kart construction, tree houses, kite-flying, digging earth pits or exploring nature are just some of the outdoor activities they can get stuck into.

The playground picked up the top prize after the children and workers made a short film, showing why they thought their park should win, as the award submission.

All the shortlisted entries were screened at the Prince Charles Cinema, in the West End, where around 120 children from adventure playgrounds, schools, and play streets across London were there to cheer on their films on the big screen.

“This film captures the essence of barely controlled anarchy that is adventure play at its best,” the judges said. “Lots of improvisation, creativity, craziness and freedom with play workers praised by the children for their ‘immaturity’ – now that’s a compliment!”

Children from the 2014 winning playground at White City, who chose the winners, handed over the top prize to a jubilant Hackney Marsh group

Anisa, nine, said of Hackney Marsh: “You get to be as creative as you want, you can make new friends and there is plenty to do and you can never be tired of doing it.”

A new structure, designed and built by Adventure Playground Engineers (APEs) with the help of the children, including £500 worth of free materials, was the winning prize.

And the success for Hackney didn’t stop there - Whiston Road was named joint London Play Street of the Year along with Islington’s Fairbridge Road. They won £250 each to fund an on-street celebration. 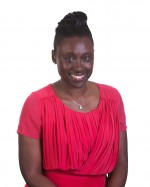 I’m delighted that both Hackney Marsh and Whiston Road have been recognised in this way, and I’d like to congratulate the young people and organisers of both projects.

Hackney has a wealth of opportunities for children and young people to play, from our green spaces to our Young Hackney centres. Adventure playgrounds and Play Streets are an important part of this network of free facilities, which are available to everyone in the borough.

It is the 15th year that London Play has staged the event, with awards in five categories.

The winning Hackney film can be viewed here: http://www.youtube.com/londonplaychannel