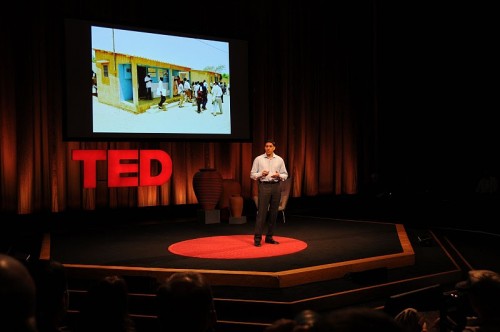 A series of inspirational talks from TEDx will return to Dalston CLR James Library this month to share global ideas with local residents.

TEDx talks start on 27 October with a series of pre-recorded talks from some of the world’s most inspirational thinkers that will spark discussions and debate.

A non-profit organisation, TED aims to spread ideas usually in the form of short talks of 18 minutes or less. Starting in 1984, TED today covers topics in more than 100 languages with TEDx events helping to share ideas in communities around the world. TED Talks have reached over billion video views.

Each TEDxHackneyCouncilLibraries event will include two or more pre-recorded talks that have been plucked from the TED archive. The theme for this year will be 'From Global to Local' and will feature discussions about what it means to be a global citizen, what it takes to be a leader and how consumerist culture has led to increased waste.

All of the talks will be introduced by a host who will then lead a group discussion after the films. During the evening events, there will also be a couple of special guests from a local Hackney business or community group. The audience will be given an opportunity to share their thoughts on the topics and will be encouraged to inspire others to share in those same discussions.

The first TEDxHackneyCouncilLibraries took place last year and was attended by over 100 residents. All of the events are free and aimed ages 13 years and over.

It’s incredibly exciting that TEDx are coming back to Hackney libraries with a programme of free events to give residents the chance to discuss and share their thoughts on a range of real-life global topics. This year, local experts from across the borough will also be joining the discussions; bringing perspectives from their varied and fascinating professions. These events are not to be missed, so come along to the CLR James Library in Dalston and be inspired by what TEDx has to offer! 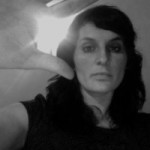 These events will be an opportunity for local residents to get together and listen to experts talk about subjects that matter to all of us. It won’t be just about listening; the open discussion at each session encourages conversations about how these topics affect our everyday lives, inspire us to see things from a different perspective and could even inspire change! TEDx Hackney Council Libraries are inclusive events, and we believe that personal stories and experiences are invaluable. We can learn from experts, but most of all we can learn from each other. Local libraries have always been a neighbourhood hub for learning and exchange, so where better to hold this second season of talks and discussions.

Lucia Scazzocchio, from the community focussed group the Cultivaters, will be hosting the TEDx events
„

For more information please call 020 8356 2919 or email: Lucy McMenemy at Hackney Council. To book a place at an event please you can visit the Eventbrite website.

You can find out more about TEDxHackneyCouncilLibraries by visiting the Hackney Council libraries website.

You can find out more about TED by visiting their website.