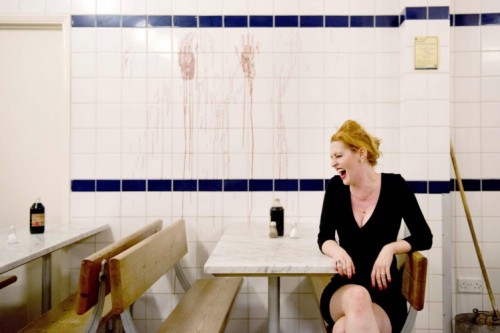 Hackney Council is inviting residents to celebrate Shakespeare this month, with a series of free outdoor film screenings across the borough.

The Council has joined forces with The Lost Picture Show and Shakespeare in Shoreditch festival to host iconic interpretations of the Bard's best known work, 400 years since his death.It is little-known that Shakespeare spent his early career working in Shoreditch, premièring Romeo & Juliet at The Curtain theatre on Curtain Road, Shoreditch, in the 1590s. In 2011 excavators from the Museum of London Archaeology discovered the remains of The Curtain, which is now being preserved.

It is hoped that the free screenings, in Hackney’s public squares, will introduce Shakespeare’s work to a wider audience.

The free showings are:

If you have a ticket for this screening, please arrive before 7:30pm. After this time, the event will be open to the public on a first come, first served basis until all the space is taken.

Please bring something to sit on and to wrap up warm. There is a £10 cash deposit for headphones - but you will get the money back when you return the headphones at the end of the event.

Shakespeare in Shoreditch celebrates his links with the area and this year promises some 1,000 plays performed across 10 days, courtesy of newly formed company Rude Mechanicals, who will be taking to the streets of Hackney in their medieval pageant wagon, from 8 April.The festival itself launches on 20 April, and is headlined by radical reinterpretations of Shakespeare’s plays by four of the UK’s most engaging playwrights - Lulu Raczka, David Watson, Amy Rosenthal and Charlene James.

Click Here - for more information about the screening programme.

For more information about the festival you can visit the Shakespeare in Shoreditch website.