Plans to revamp 44 shop fronts in Hackney town centre have been unveiled as part of an ambitious drive by Hackney council and the Mayor of London to transform the area and support hundreds of local jobs.

The independent retail outlets on Mare Street, the Narroway and Clarence Road will benefit from a range of physical improvements in a three phase plan to improve the shopping experience for customers and help the businesses thrive. Changes will range from a general tidy-up to new signage and shop fronts as well as improved facades, access and lighting.

Architects Adams & Sutherland were appointed to produce the re-design to attract as many customers to the town centre as possible. The first stage of physical improvements will be delivered by September 2013 and the total programme is set to be complete by November 2013 in time for Christmas retail peak.

In addition, 24 of the 44 shop owners have benefited from expert support provided by Vision On, to develop their future plans and ensure lasting improvements to their businesses. This included seminars covering topics such as merchandising, dressing windows, marketing and branding, all of which included practical exercises and discussions designed to build stronger relationships between the retailers. These businesses also received six hours of one-to-one mentoring over a period of six months. These achievements were celebrated at a ‘graduation ceremony’ in Hackney Empire this week (Wednesday 17 April), at which the Deputy Mayor for Business and Enterprise, Kit Malthouse congratulated the participating retailers.

These improvements and business support have been funded with £500,000 from the Mayor of London, Boris Johnson, in support of a wider bid by Hackney Council to make major improvements to Hackney. Central's Town Centre. 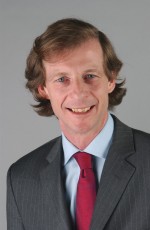 The Council is working with the business community in Hackney Central to realise the investment that is being made into our town centre by the Mayor of London, the Council and the businesses themselves. This investment and the collaboration that it has supported has come at a time of great change in our borough and it is helping us all to shape a future where local businesses can prosper by embracing and taking advantage of the changes happening around us.

The Mayor of London, Boris Johnson, said: "Hackney town centre is vital to the local economy, which is why I’ve committed £2million to support ambitious regeneration plans and create local jobs. These funds are supporting independent retailers so they can offer a better experience for shoppers with improvements set to be finished by the end of year in time for the important Christmas rush. In addition, together with Council and Network Rail, we are taking forward exciting plans to create a world class fashion hub, supporting major brands and exciting new talent. This is an exciting time for residents, retailers and shoppers in Hackney."

Jabba Hakim, from local business Sunfoods, said:  “We made some new brand signage and through some focused promotions we've seen some huge increases in sales - it was a great course.”

The transformation that is taking place in Hackney Central also includes a joint partnership with the Mayor of London and Network Rail to develop twelve empty railway arches in Morning Lane into a world class fashion retail hub. The £4million project will ensure that the spaces are fitted out to a high quality specification suitable for fashion retail units, cafés and restaurants. Work will also be done to improve the arches’ connection to the wider town centre. The plans for the development have been designed to maximise employment opportunities for local people with all jobs created to be advertised through the Council run Ways into Work scheme.