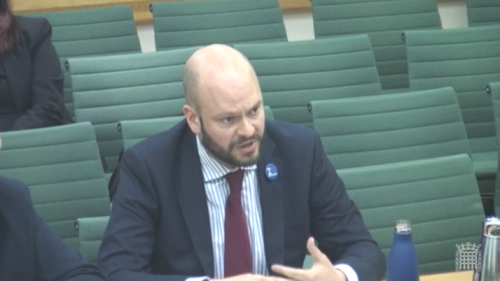 The Mayor of Hackney has hit out at Government planning reform proposals, which risks allowing developers to deliver fewer genuinely affordable homes, in a letter to the Secretary of State for Housing, Communities and Local Government.

In the letter to the Government, the Mayor has expressed strong opposition to the planning proposals, warning that they are undemocratic, removing local control and accountability and hindering the Councils’ ability to deliver genuinely affordable housing; a view that is shared across London and wider Local Government.

The Government claims the Planning for the Future White Paper will simplify the national planning system in order to speed up the process and significantly boost the delivery of new homes, but the Council has raised concerns about a number of the proposals that would risk the delivery of genuinely affordable homes and community participation in the Planning process, including;

The Planning for the Future paper seeks to profoundly change the planning system as the Government continues to argue that the national Planning system is failing and broken beyond repair, but the Council has pointed to their Planning successes in delivering growth, adopting an up-to-date and sound Local Plan earlier this year and positively engaging with local communities as part of the plan-making process which has resulted in the delivery of sustainable neighbourhoods.

The Mayor called on the Government to instead intervene in out of control land values and the development industry’s “on-going manipulation of housing supply”, with a quarter of all residential planning permissions in Hackney since 2012 having never been built on. The Mayor highlighted that this is impacting the delivery of genuinely affordable homes, and called for a prioritisation of social rent homes.

By centralising development policy-making and taking it away from Local Authorities, the Government's proposals take this right away from residents, and their elected representatives, leading to imposed plans and imposed and inappropriate development. Local residents and communities will become disenfranchised, not able to take ownership of future plans or embrace new development as it won't meet the needs of residents.

We are in an unprecedented housing crisis, with 13,000 families in Hackney on the housing waiting list, 3000 of them in temporary accommodation and the proposals brought forward by the Government does little to address this large demand nor provide us with the funding or infrastructure to help deliver the homes so desperately needed in our borough.

I helped to successfully lead the local opposition to previous attempts to impose detrimental planning reforms on Hackney in 2016 when similar ideas were last proposed. They were wrong then and they are wrong now. Reheating Starter Homes won’t help us deliver the genuinely affordable housing we need, nor help us ‘build back better’. After 10 years and countless housing ministers, we have a Government still blaming the planning system for their own failure to invest in the genuinely affordable homes our country needs.

The Government needs to work with ─ and not undermine ─ local authorities and provide us with the tools to deliver genuinely affordable new homes. If the Government fails to heed the chorus of voices from across business and local government condemning their latest planning proposals, they will be responsible for leaving an unpleasant legacy for our future generations and will have failed in levelling up our country.

The full letter to the Secretary of State for Housing, Communities and Local Government sits alongside the Council's detailed response to the new Planning White Paper and a letter from Cllr Vincent Stops, Chair of Hackney's Planning Sub-Committee, which can all be found below.