Cracking down on illegal tobacco with Operation Shona 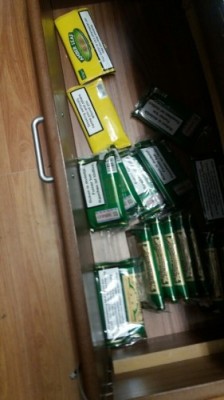 Hackney has joined forces with five London councils and HMRC to crack down on businesses selling illegal tobacco and alcohol.

The premises included a barber shop, a kebab shop and an internet café, along with off licenses and corner shops, which were visited by officers after intelligence of criminal activity was gathered. Some of the visits involved trained sniffer dogs to improve detection rates.

Seizures from the premises included:

Altogether, 68 premises received a visit from officers over the four days of Operation Shona in April and September. All goods were non-UK duty paid, and a small amount was counterfeit or fake.

Premises 2 has subsequently closed and further investigations are being carried out on the other two premises with a possible view to enforcement action. 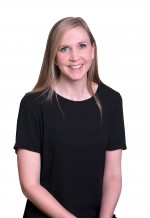 Selling illegal tobacco is not a victimless crime – as well as depriving the community of funding for much needed public services, it exposes residents to the potential health consequences of unregulated tobacco products.  All tobacco is harmful, but consumers have no way of knowing how dangerous these products are. I’m also concerned about cheap cigarettes being made available to children, potentially leading to a lifetime of addiction and serious health problems. Operation Shona is a fantastic example of partnership working across London boroughs to stamp this out. I’m hoping to see many more operations like this with fellow boroughs and the HMRC in the months to come.

The sale of illegal tobacco harms our most hard-pressed communities. It is sold cheaply and freely to young people, a time when many smokers start their long addiction. Its availability also undermines attempts to reduce the number of people already smoking in London.  We therefore welcome this partnership between the councils in North East London working with HMRC to take collective action to rid illegal tobacco from their communities.

The illegal tobacco market robs the taxpayer of money that could otherwise be spent on providing vital public services like schools and hospitals, often falling into the hands of criminals. Projects like Operation Shona allow trading standards teams and other key organisations to work together and develop intelligence to help get illegal tobacco off the streets. Selling illegal tobacco is a crime and more enforcement work like this could help to tackle the problem directly.

For more information about Hackney Trading Standards, visit the website

Cracking down on illegal tobacco with Operation Shona