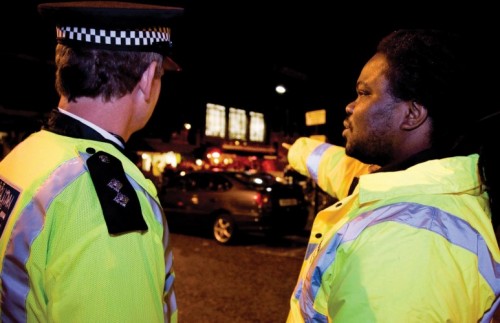 Hackney Council and Police continued a joint operation targeting street drinking and begging at anti-social ‘hot spots’ across the borough.

The team, made up of six police officers, five community safety enforcement officers and seven council wardens visited Haggerston, Shoreditch and Hoxton on September 18. The operation targeted street drinkers and beggars to reduce the amount of alcohol related disorder and public nuisance following numerous complaints from residents and businesses.

Between 3pm and 10pm 21 Anti Social Behaviour Warning Notices were issued for begging and/or street drinking. Eleven people were ordered to leave an area and 12 fixed penalties fines were given for littering. Ten referrals were made to Boarder Force North London, and one name was referred for arrest for being in breach of a suspended sentence.

Residents and businesses have told us that street drinking and the associated anti social behaviour is a problem. We are listening and we are determined to make a difference by tackling problematic street drinking and begging. The police and council wardens will confiscate alcohol and offer support to street drinkers to seek professional help.

Acting Inspector James Reynolds, from Dalston Dafer Neighbourhoods Team, said: "The local Safer Neighbourhood Teams and the council wardens work together on a daily basis to prevent any crime and anti-social behaviour linked to street drinking and begging in these areas. Whilst some very good progress is being made, this issue is still current and all agencies are committed to dealing with this matter in a robust and proportionate fashion."

During the first operation, 28 August the team seized alcohol and had to ask nine people to leave an area. Thirteen Anti Social Behaviour Warning Notices were issued for begging and/or street drinking. There was one arrest of a repeat offender, and the Council will now apply to the court for an ASBO. All of these people are being referred to the Drug Alcohol Action Team (DAAT) for further help and support.