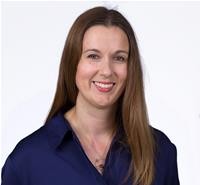 Cllr Rebecca Rennison has been appointed Deputy Mayor of Hackney, as part of a Cabinet reshuffle.

The post is one of two Deputy Mayor posts - Cllr Anntoinette Bramble holds the other post - and was vacant following Cllr Feryal Clark’s election to parliament in December last year.

Cllr Rennison will also add housing supply, regeneration and strategy to her portfolio, making her Cabinet Member for Finance, Housing Needs and Supply. She will cover housing supply jointly with the Mayor until 14 April, when she will take on full responsibility.

Cllr Chris Kennedy has been appointed Cabinet Member for Health, Adult Social Care and Leisure. He will continue to take responsibility for his existing portfolio, Families, Early Years and Play, until the Mayor appoints to the post in the coming weeks.

In other changes, Cllr Jon Burke will add parks and green spaces to his portfolio, and Cllr Caroline Selman will take responsibility for the Council’s work on domestic violence and abuse.

I’m pleased to confirm Cllr Rennison’s appointment as a Deputy Mayor of Hackney. In her new role, Rebecca will continue to lead on our work around housing needs and finance, and will also take on housing regeneration, which is critical to our ambitious plans to increase the supply of new council homes in the borough. This is an area I have lead on for a number of years, and stepping back from something I am so passionate about and that is so important to the borough was not an easy decision, but now feels like the right time and I am sure Cllr Rennison will bring a fresh energy and insight to the role.

I am also delighted that Cllr Kennedy will be taking on the Health, Adult Social Care and Leisure portfolio, following Cllr Clark’s election to parliament. Since joining the Cabinet two years ago, Chris has made a real impact, and at a time of huge changes in health and care, I can’t think of anyone better to lead on this important area.

View full details of the Cabinet and their portfolios.