Cllr Glanville: Housing and Planning Bill could lead to loss of hundreds of Council homes 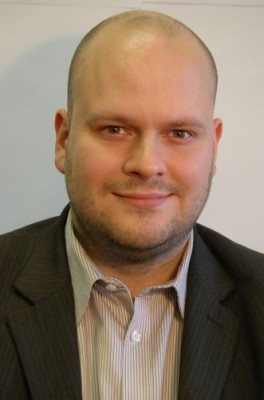 Residents from across Hackney have heard how new government legislation could lead to the loss of hundreds of Council homes in the borough.

More than 60 tenants and leaseholders representing residents groups attended a public meeting on 11 February to find out more about the Government’s Housing and Planning Bill, which is currently being debated in Parliament.

Cllr Philip Glanville, Cabinet Member for Housing, informed those gathered that proposals in the Bill to enable housing association tenants to buy their home, with a £100,000-plus discount to be funded by forced sales of Council housing, could see the local authority having to sell up to 700 homes during the next five years as they become vacant.

There is also a proposal in the Bill that Council households in London with a combined income of £40,000 or more should pay market rates, which could see rents increasing from £450 to up to £1,700 per month in some areas of Hackney. In addition, central Government will no longer allow the Council to grant lifetime tenancies to new tenants, but instead these must be renewed every two to five years, and with tenancy succession limited to a spouse or civil partner only, not children.

The meeting at the Haggerston Community Centre heard how the government has also dramatically reduced the funding available to build new homes for social renting, and is instead forcing Councils to support Starter Homes, which are properties for sale with a 20 per cent discount on market rates. Cllr Glanville said that, in Hackney, this could mean a fifth off a £450,000 property, which was still completely unaffordable for most residents.

Frances Anderson, of the Frampton Park Estate, said: “They’ve betrayed my mother’s generation. How can they call this a Housing Bill? I’m gobsmacked that there’s not more resistance to this, and I hope it builds.”

Cllr Glanville added that he had written to scores of MPs and members of the House of Lords on these issues, as well as giving evidence in person at Parliament, explaining how these proposals would be unaffordable to Hackney residents. The Council is also seeking an exemption from forced sales for new Council homes built through estate regeneration, among other amendments including opposing Pay to Stay and shorter tenancies. Questions from the audience included concerns about the end of lifetime tenancies, and changes to succession, while several representatives urged their fellow residents to write to national politicians and urge them to amend or reject the Bill.

Cllr Glanville: Housing and Planning Bill could lead to loss of hundreds of Council homes