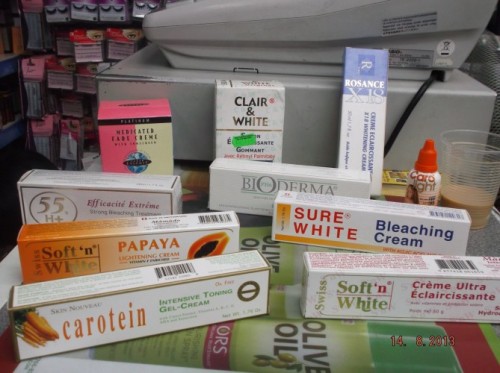 Company directors Banaras Hussain, 58, from Tottenham, and Sharafat Hussain, 36, from Ilford, pleaded guilty at an earlier hearing to 33 and 31 offences respectively under the consumer protection act 1987 (and consumer protection from Unfair Trading Regulations 2008), at sentencing in Snaresbrook Crown Court in May.

The skin lightening creams contained controlled and toxic chemicals, including steroids; mercury, which affects the nervous system, liver and kidneys; and hydroquinone, which causes skin cancer and long-term skin problems.

The judge ordered the pair to undertake unpaid work for the community, alongside the forfeiture and destructions of stock seized, fines and costs worth £26,500.

Judge Canavan, who was presiding over the case, also disqualified Banaras Hussain from his company directorship. She said: “I simply cannot trust him to run a company in accordance with the laws of this country.”

Sharafat Hussain had a previous conviction from 2012 when Brent and Harrow Trading Standards seized 3,600 banned skin lightening products from his store in Edmonton.

Cathy Gallagher, Assistant Director of Planning and Regulatory Services said: “I am pleased that trading standards officers were able to remove these dangerous products and protect shoppers in Hackney.

“I hope these sentences will serve as a warning for those acting outside the law and will also encourage all traders to check beauty products for these dangerous chemicals and keep their customers safe.”