Members of Hackney Youth Parliament met with councillors to report back on their achievements in 2013 and discuss their plans for the coming year.

It has been a busy year for the borough’s young politicians, whose projects have included contributing to high-level Council strategies, organising activities for young people across the borough and representing Hackney on the national stage.

This year looks set to be equally as busy. Their plans for 2014 include publishing the revised Hackney Youth Charter, which sets out young people’s rights and the service they can expect from the Council and its partners.

They are currently conducting the annual Young People's Survey, which aims to find out what young people think of the services provided by the Council and others, and how they think they could be improved.

HYP’s campaign for spring 2014 will focus on Work Experience and Careers Advice, which will include a short film, made by members,  to be screened at the BFI in April. 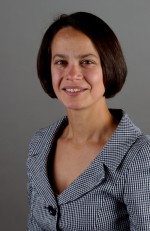 This was a timely opportunity to look back over the last year and thank the Youth Parliament for all of their hard work. They do an excellent job in representing the views and opinions of young people in Hackney, and we are looking forward to working even more closely with them in 2014. From suggesting activities and organising social events to taking part in important Council reviews and holding councillors to account, they’re making a real difference and gaining some excellent experience.

Hackney's Member of UK Youth Parliament, Ife Grillo, said: "It was great discussing with the councillors the problems that face young people in Hackney. We also discussed how we can improve school councils in the area and work experience and careers advice were also debated as it's such a key issue for young people."

The next Youth Parliament elections take place in October 2014, when every young person who lives or goes to school in Hackney will have the opportunity to vote for who they want to represent them.